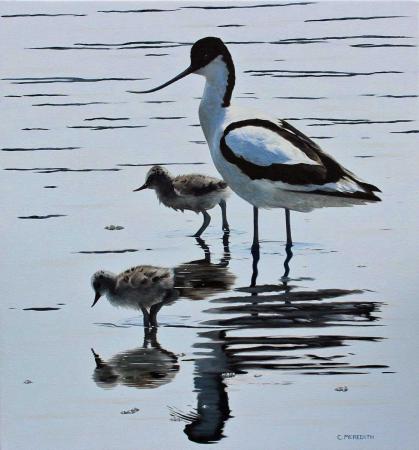 Clive Meredith is a self-taught artist. He is based on the south coast of England and has been working professionally since 1993. He specialises in detailed portrayals of wildlife from both Britain and abroad.

Clive’s initial interest in wildlife and the countryside was fostered in his early years. He was brought up in Shrewsbury as the son of a dairy farmer. This led to him spending hours in the Shropshire countryside, where he would spend his time birdwatching and larking about on the river Severn.

He works in both graphite pencil and oils. Observation is vital to his working practice. His work reveals meticulous attention to detail, which is achieved by him spending hours observing and photographing subjects in their natural habitat.

Clive has travelled extensively in Asia and Africa in search of subjects for his drawings and paintings.

As a result of this, he has become renowned for the stunning realism of his images. He has developed an assured ability to inject real life and character into his works.

He is a published artist, with over 70 limited edition releases to date. His work can be found in galleries throughout the UK and beyond. He works from a new studio/gallery in his hometown of Warsash in Hampshire. 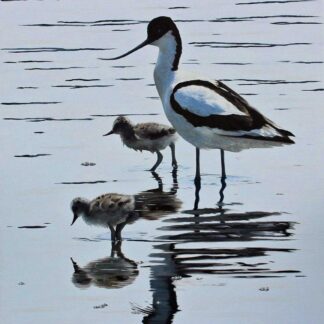 You're viewing: Keeping Close (Avocet and chicks) by Clive Meredith £695.00
Add to basket
We use cookies on our website to give you the most relevant experience by remembering your preferences and repeat visits. By clicking “Accept All”, you consent to the use of ALL the cookies. However, you may visit "Cookie Settings" to provide a controlled consent.
Cookie SettingsAccept All
Manage consent

This website uses cookies to improve your experience while you navigate through the website. Out of these, the cookies that are categorized as necessary are stored on your browser as they are essential for the working of basic functionalities of the website. We also use third-party cookies that help us analyze and understand how you use this website. These cookies will be stored in your browser only with your consent. You also have the option to opt-out of these cookies. But opting out of some of these cookies may affect your browsing experience.
Necessary Always Enabled
Necessary cookies are absolutely essential for the website to function properly. These cookies ensure basic functionalities and security features of the website, anonymously.
Functional
Functional cookies help to perform certain functionalities like sharing the content of the website on social media platforms, collect feedbacks, and other third-party features.
Performance
Performance cookies are used to understand and analyze the key performance indexes of the website which helps in delivering a better user experience for the visitors.
Analytics
Analytical cookies are used to understand how visitors interact with the website. These cookies help provide information on metrics the number of visitors, bounce rate, traffic source, etc.
Advertisement
Advertisement cookies are used to provide visitors with relevant ads and marketing campaigns. These cookies track visitors across websites and collect information to provide customized ads.
Others
Other uncategorized cookies are those that are being analyzed and have not been classified into a category as yet.
SAVE & ACCEPT