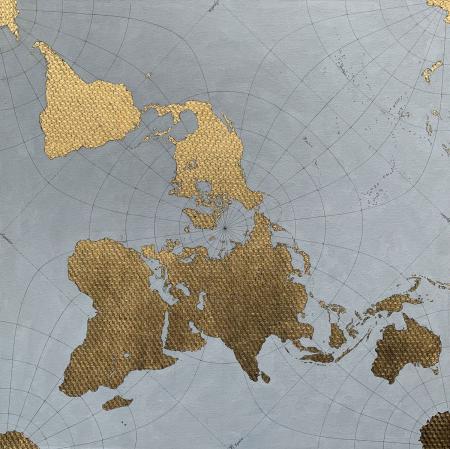 Marco’s background is in engineering and architecture, making him familiar with mathematical design and the awareness of geometry.
When he decided to create art, he was naturally drawn to cartography, applying traditional techniques such as multiple Cartesian coordinates and polar system coordinates to maps he draws.
He is also deeply influenced by astronomy and navigation, frequently using charts for positioning at sea using star systems as well as revolution of the sun charts in his Mappa Mundi.
His maps are done in ink, acrylic, watercolour and gild on canvas.