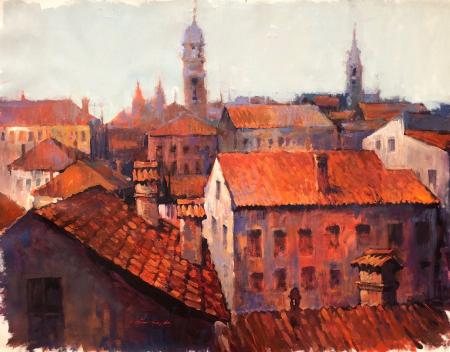 “My recent work deals with the urban environment in its many forms in cities around the world as well as an abiding affinity with the Australian landscape. It is a response to light. I like the movement of light across a surface — whether it’s a valley, a river, a street or the human form.

I particularly enjoy the shapes, the noise and the shadows of city landscapes – whether it’s the drama of lower East Side in New York, the reflections in the canals of Venice, the romance of Paris and London streets, the quirky laneways of Melbourne, the crowded pedestrian footpaths of Brisbane city, or the treed streets near my home in inner suburban New Farm and studio in Fortitude Valley Australia.” 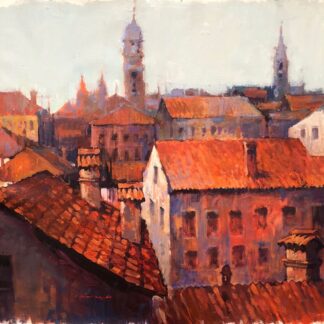